Ah Halloween is drawing closer.. so as a treat I thought I’d share with you how I make my dead faery sculptures. When I first tried to make a dead faery I searched the internet and could only find one tutorial, which I have…

Recycling Ideas for the Art Studio

Posted on September 13, 2016 by binspiredart

I’m really passionate about our planet and doing my bit for the environment. You don’t have to be a full blown eco warrior hippie to make a difference, but if we all make an effort then little by little I truly believe that together we can…

My husband was going to get rid of this little chest of drawers. I could see they had the potential to be.. better. So I claimed them. A coat of paint and some new knobs is about all I needed, and as we have…

Blast from the past! Looking back at my early artworks

Posted on August 8, 2016 by binspiredart 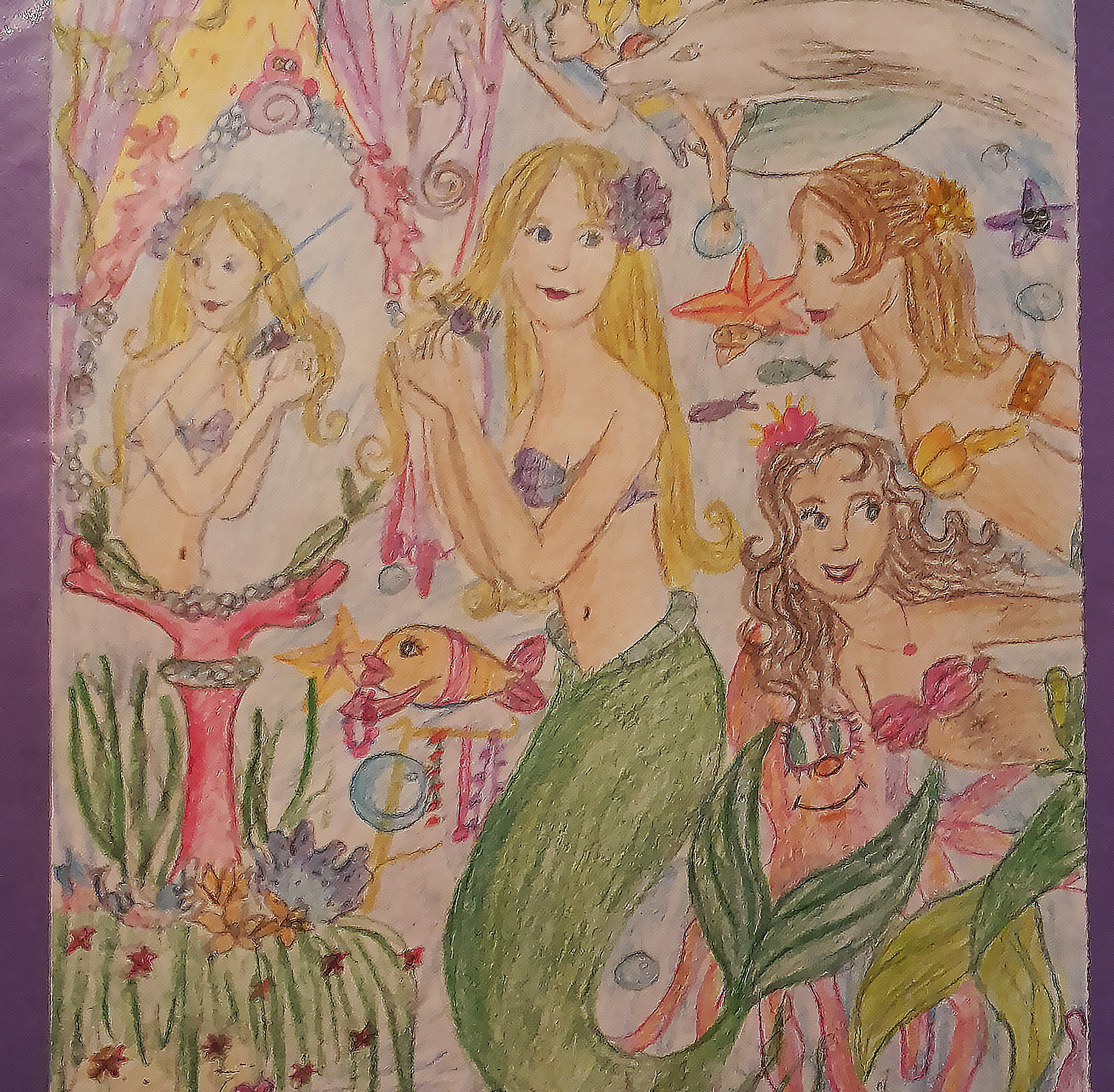 The other night I was looking through my old sketch books and it was crazy to see how far I’ve come with my art. Especially when I could remember doing the old work and how I felt about it at the time or what…

Welcome! This is my very first online Mad Tea Party Blog Hop, hosted by the ever so delightful Vanessa at ‘A Fancilful Twist’. I’m not entirely sure what to expect, and I believe I’m half a day in front of everyone else, but here… 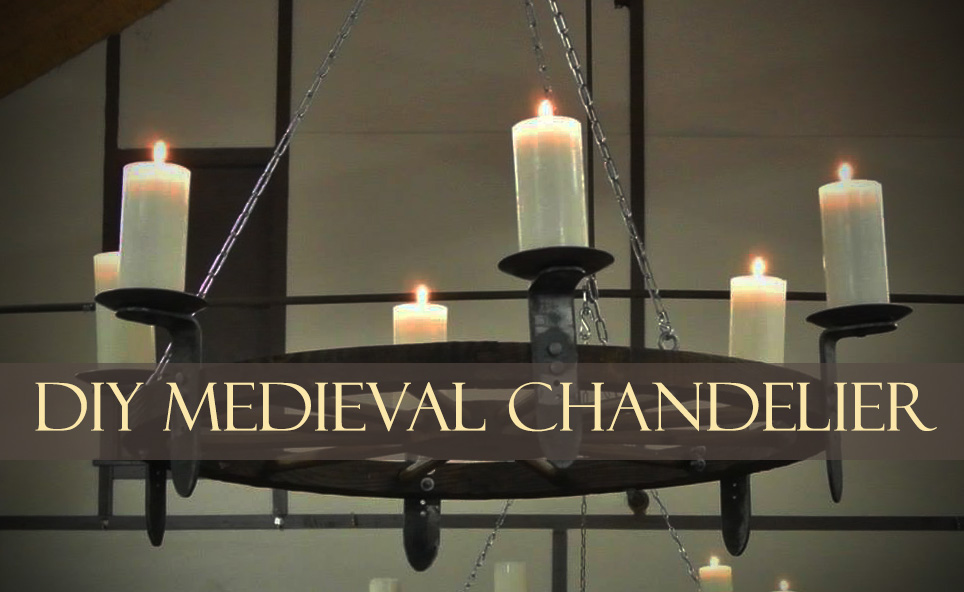 When we decided to have a Viking inspired wedding (which you can read all about here) I had this brilliant idea to make a couple of medieval chandeliers. I’d seen some online retailing for around $400 +postage. Screw that, that’s half our wedding budget!…

Well, that went fast. 2015 was jam packed full of artsy goodness, but I didn’t realise just how much until I looked back on everything I’d achieved. I guess the biggest thing to happen this year, art-related, was winning 2nd place in Canon’s Light… 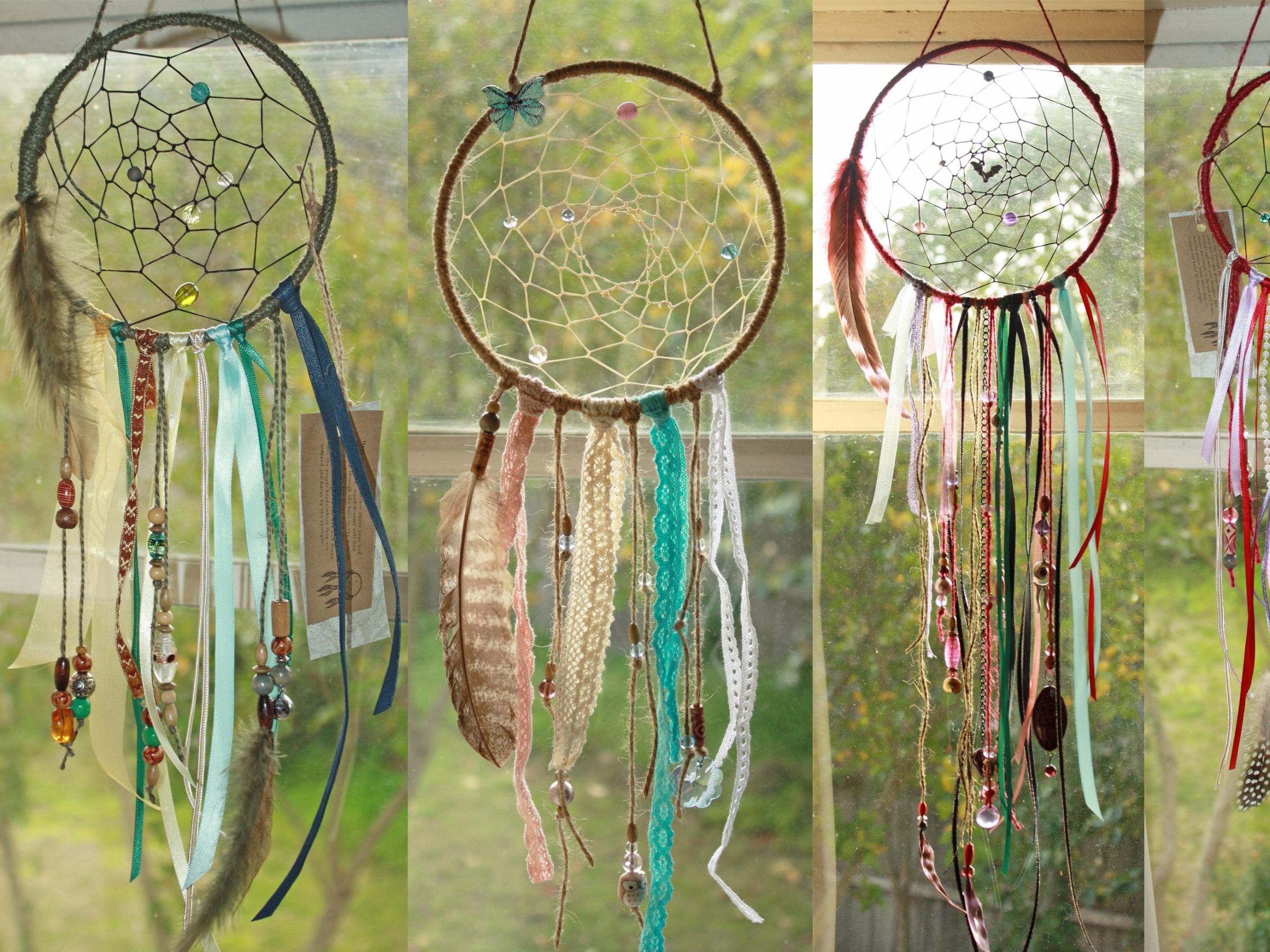 I was recently asked by a friend to make a dream catcher for her son, who has been having bad dreams. I was so glad she asked! Of course I would. Dream catchers have been on my ‘to do’ list for a long time… 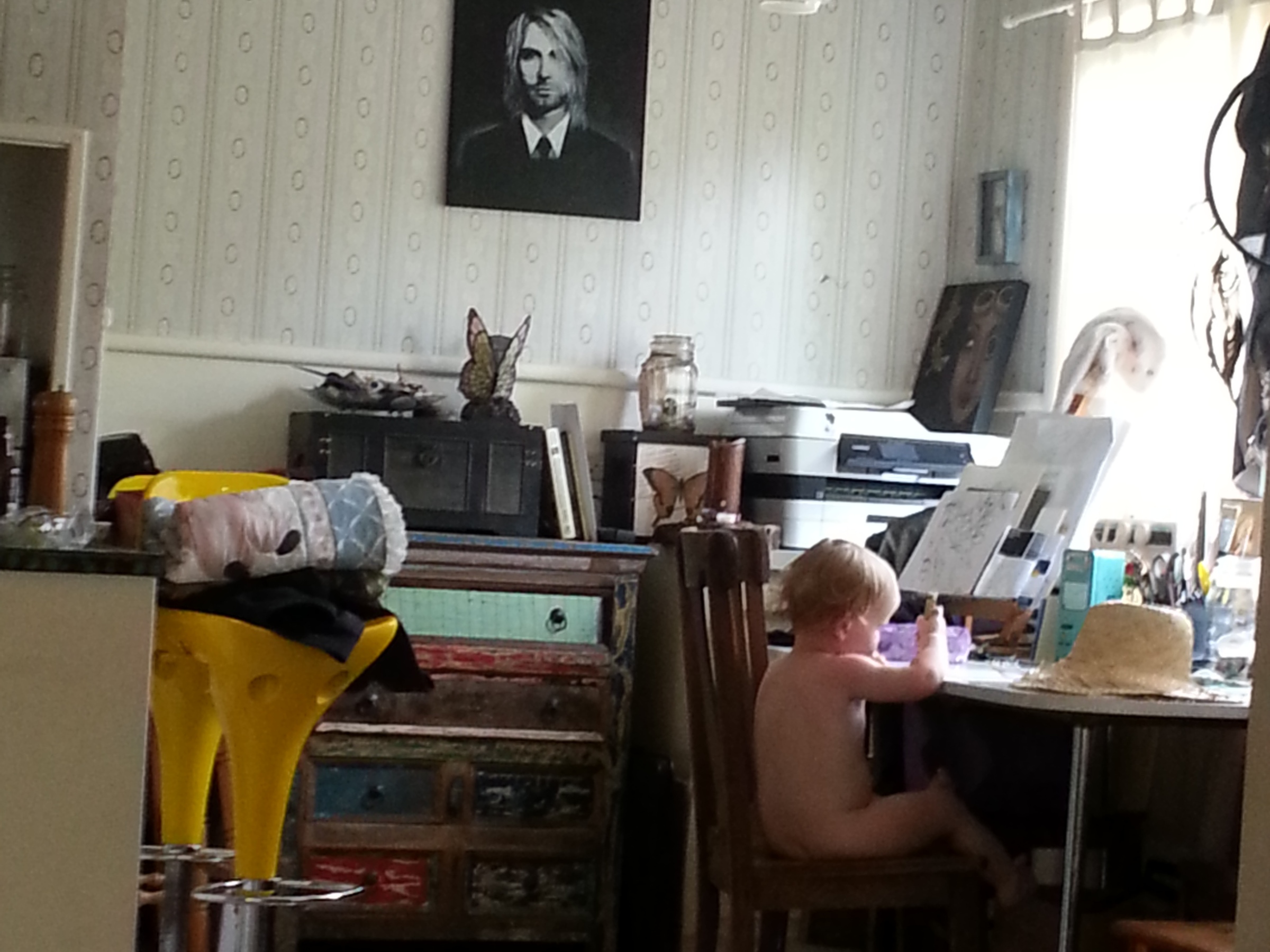 I love the opportunity to sticky beak into other artist’s work spaces, to peek inside the room or space where all the magic happens, see what inspires, how their studio reflects them and their art and how they manage work flow. There’s 2 main types…

Posted on January 2, 2015 by binspiredart

I have noticed a few artists like to reflect back on the past year and see how their art has developed from previous years. I find it quite interesting but never really bothered to try it myself. well, until today. And the results were somewhat unexpected….

There’s a neat little shop not too far from me in Belgrave called Limerence. They stock quirky and rustic Australian handmade gifts and exhibit art each month. Their latest exhibition is a 24 hour art experiment called ‘Bender’ and I simply HAD to take…

‘Toy to the World’ is a custom toy design project and charity event held in Melbourne. I have posted about this event a few times which you can read about here and see my submissions for last years exhibition here. Well it was on once…

When I was expecting, I was given a belly cast kit. Now obviously I love to be creative and I especially love to try new things, and making a belly cast was certainly something I hadn’t done before. Naturally I began to research ideas…

Posted on September 13, 2013 by binspiredart

There are so many DIY crafts online these days (thanks pinterest!) that when I needed some gesso for a project I thought ‘Hey.. maybe I could just make my own?’ And sure enough, I did. It’s really easy to make, dirt cheap and most… 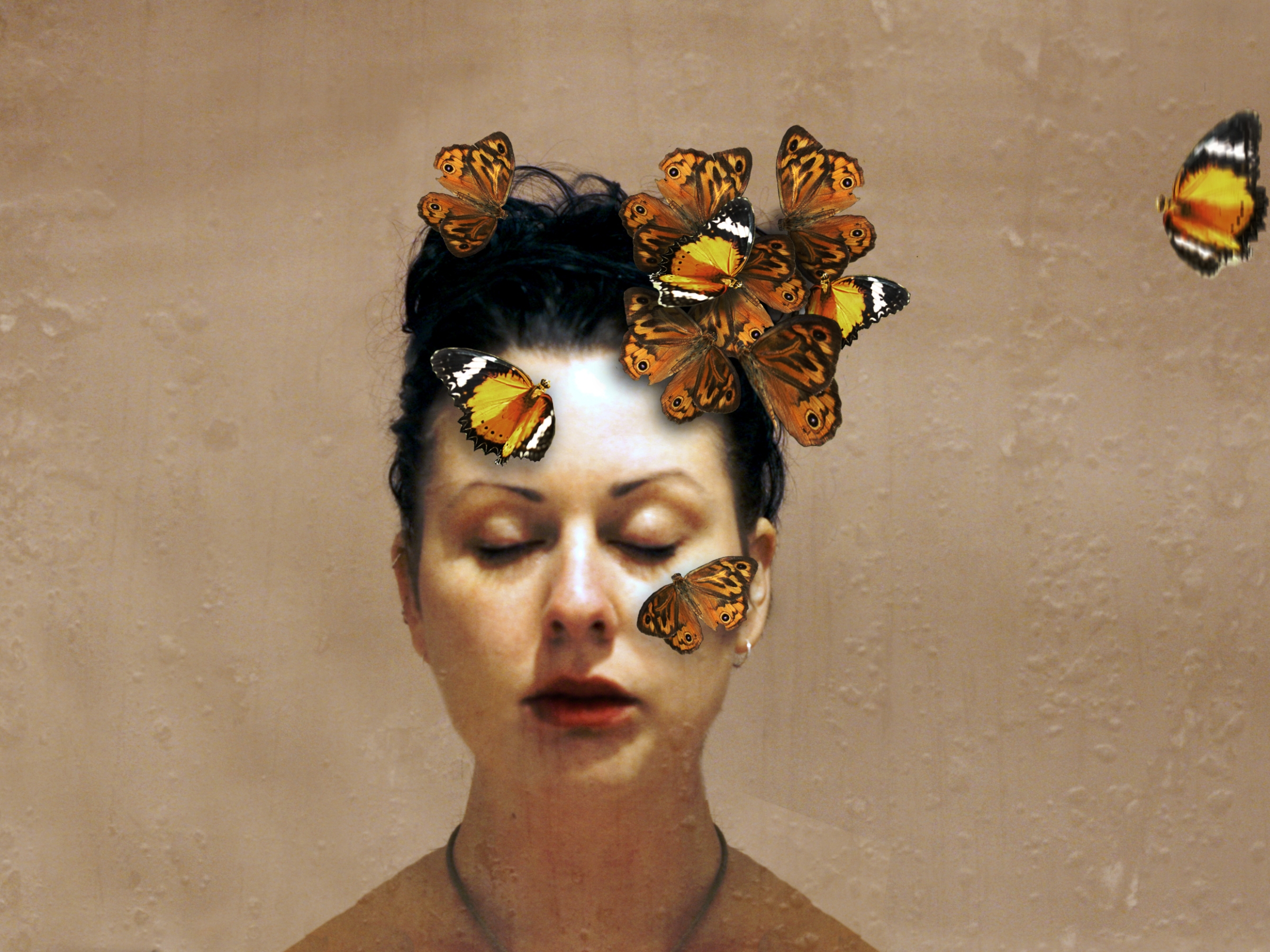 29 days ago I started the 365 project, taking a photo every day for a year. I wrote a post about it here and you can view the photos I’ve taken so far, here. It has proven to be a bit trickier than I first…

I’m so crafty, I make people!

That’s right, I make people.. well, person. In the last post I was overdue to have a little baby, 10 days later he was finally born! It’s been a month all ready so I thought I’d update my blog and post a few (creative)…

I completed two bears for the Toy to the World charity exhibition and auction which I wrote about in an earlier post. I thought it was about time I updated on here and shared my bears! One is called ‘Steampunk Bear’ and the other…

So I have this fascination with dead things. Let me rephrase that.. I like dead things. Things like insects, bones, feathers.. Anyway so my fiance knows me well enough that when he found a dead dragonfly at work he brought it home for me!…

Toy to the World – Art Event

Attention artists and art lovers.. here is an event not to be missed! In a nut shell.. PencilNeck Productions is proud to introduce you to the TOY TO THE WORLD PROJECT, a biennial custom DIY toy competition that brings together up to 200 artists…

The art of preserving dead faeries

Posted on October 3, 2012 by binspiredart

This is a recent creation inspired by the ‘Dead fairy hoax’ and the idea of displaying a faery corpse in a shadow box like you would a dead butterfly. I found some step by step instructions that you can also follow here. You can of course alter the method and equipment used to suit yourself.

For this one pictured I used a small toy skeleton found on ebay, stockings, pva glue, hot glue, tissue, spray paint, acrylic paint (inc. gold) celephane and alpaca fur. (use whatever hair/fur you can get hold of) The wand is made from a stick, piece of amethyst and some waxy thread also known as ‘cat gut’ which is often used to make dream catches.Oh, and glue.

I did some research and came up with the latin terms ‘Volatilis Virgo’ which means ‘Winged Girl/Maiden’ and ‘Veneficus Virga’ which is ‘Magic Wand’. Or according to one translation, ‘Poisonous green stick’ which almost works.