Posted on January 2, 2015 by binspiredart

I have noticed a few artists like to reflect back on the past year and see how their art has developed from previous years. I find it quite interesting but never really bothered to try it myself. well, until today. And the results were somewhat unexpected…. 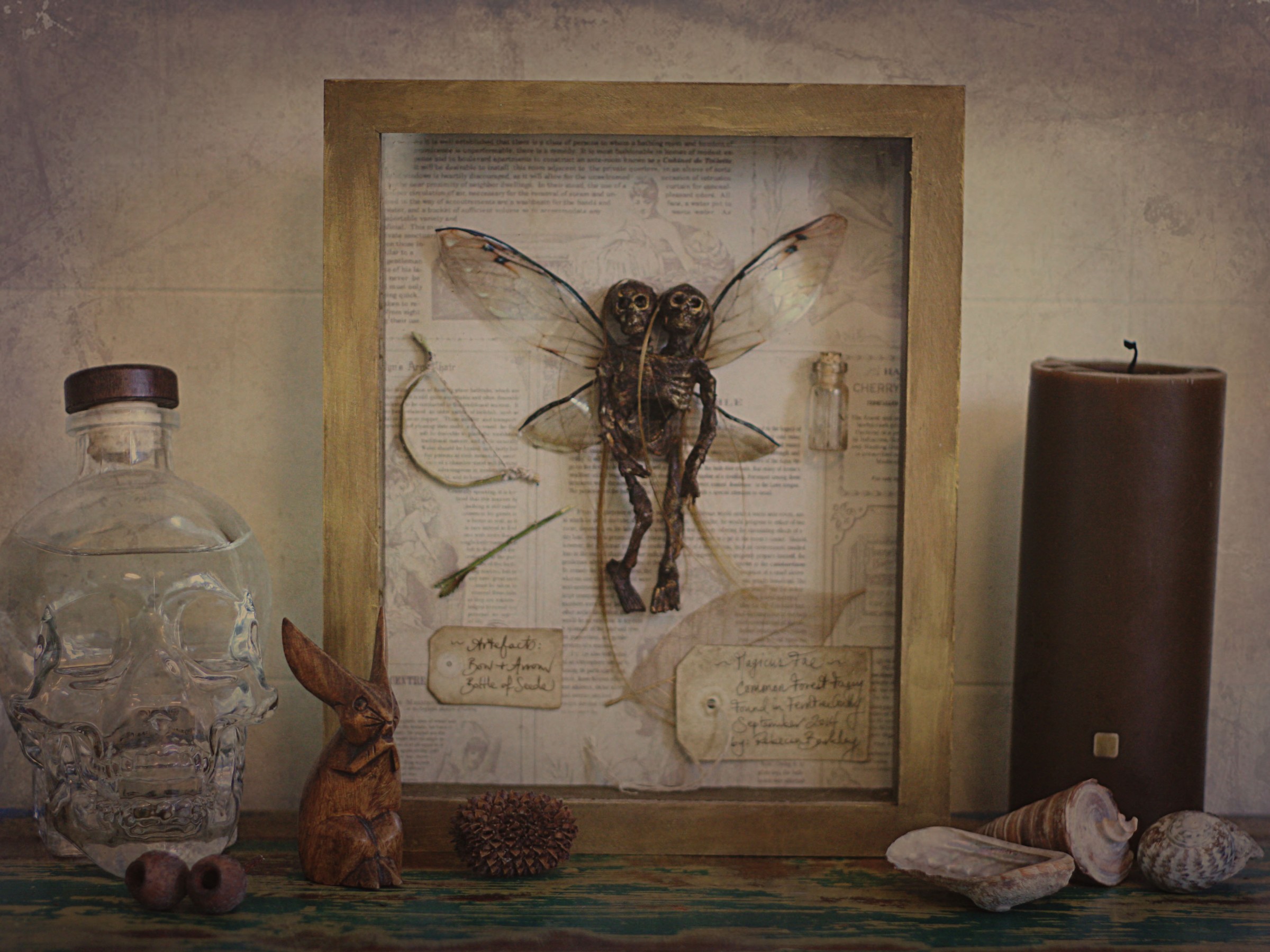 I’ve been busy yet again creating even more dead faeries! I decided to experiment with new ideas which resulted in the conjoined twins corpse. Pretty neat huh!? I also handmade more artifacts including a bow and arrow, developed new tags and labels and also…

Practice and persistence, the many faces of Kurt Cobain

I have a painting of Kurt Cobain that I have re-painted 4 times now. Using the same canvas. I took a photo of each finished work and comparing them is bizarre. Kurt #1 in comparison to Kurt #4 is clear proof that practice and persistence…

A while back I wrote about making a dead faery, which you can read about here. Looking back I realised never actually linked the fairy hoax story.. it’s known as ‘The Derbyshire Mummified Fairy’ created by artist Dan Baines. Interesting story, if you have… 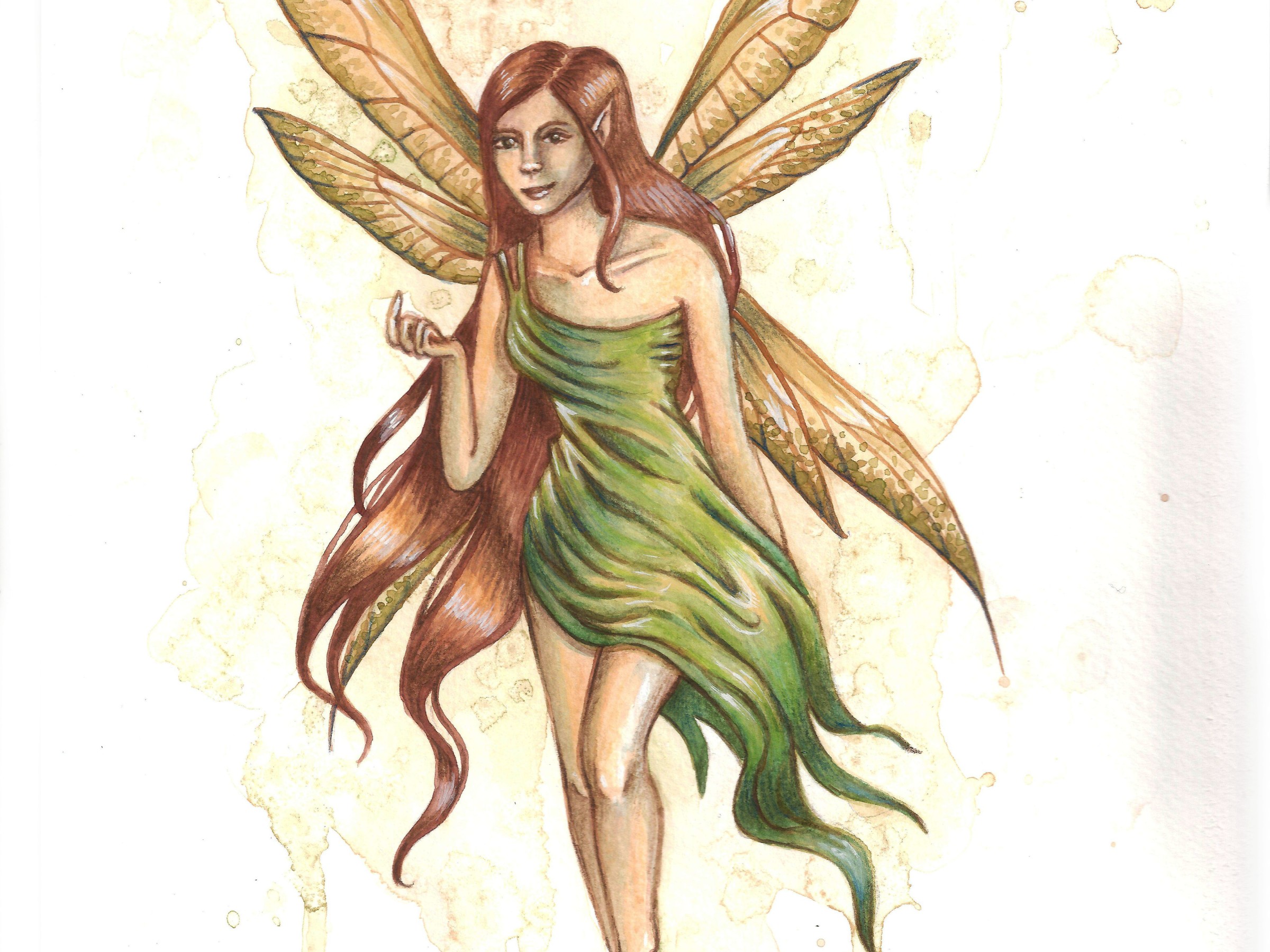 There’s a neat little shop not too far from me in Belgrave called Limerence. They stock quirky and rustic Australian handmade gifts and exhibit art each month. Their latest exhibition is a 24 hour art experiment called ‘Bender’ and I simply HAD to take…

‘Toy to the World’ is a custom toy design project and charity event held in Melbourne. I have posted about this event a few times which you can read about here and see my submissions for last years exhibition here. Well it was on once…

This Christmas I’m making all my gifts by hand. There’s a few reasons behind this crazy idea.. firstly, I’ve got a few months maternity leave left and lets face it – I really can’t afford to splash out on presents. Another reason is it’s…

For my 26th birthday I received a very special present from my dear friend Megan. It was a teeny tiny faery garden in a glass bowl that she had created herself. It is one of the sweetest things I have ever seen! Baby succulent…

My my.. have I been busy! So what’s the goss? I’m due to have a baby 2 days ago, that’s right, he’s pretty comfy in there so I get to play the good ol’ waiting game (patience is the key.. PATIENCE ARGH!) and it’s…

I completed two bears for the Toy to the World charity exhibition and auction which I wrote about in an earlier post. I thought it was about time I updated on here and shared my bears! One is called ‘Steampunk Bear’ and the other…

So I have this fascination with dead things. Let me rephrase that.. I like dead things. Things like insects, bones, feathers.. Anyway so my fiance knows me well enough that when he found a dead dragonfly at work he brought it home for me!…

Toy to the World – Art Event

Attention artists and art lovers.. here is an event not to be missed! In a nut shell.. PencilNeck Productions is proud to introduce you to the TOY TO THE WORLD PROJECT, a biennial custom DIY toy competition that brings together up to 200 artists…

The art of preserving dead faeries

Posted on October 3, 2012 by binspiredart 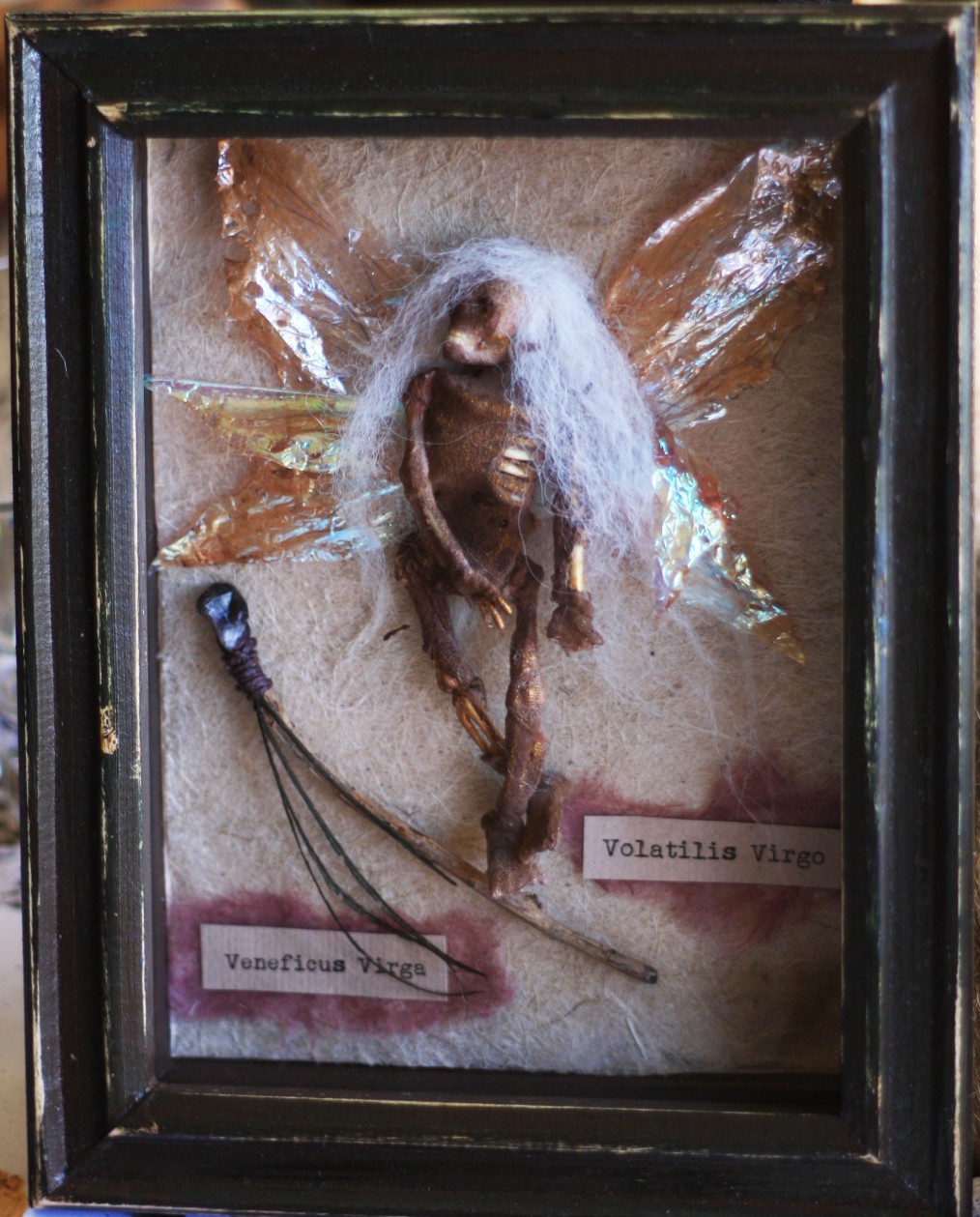 This is a recent creation inspired by the ‘Dead fairy hoax’ and the idea of displaying a faery corpse in a shadow box like you would a dead butterfly. I found some step by step instructions that you can also follow here. You can of course alter the method and equipment used to suit yourself.

For this one pictured I used a small toy skeleton found on ebay, stockings, pva glue, hot glue, tissue, spray paint, acrylic paint (inc. gold) celephane and alpaca fur. (use whatever hair/fur you can get hold of) The wand is made from a stick, piece of amethyst and some waxy thread also known as ‘cat gut’ which is often used to make dream catches.Oh, and glue.

I did some research and came up with the latin terms ‘Volatilis Virgo’ which means ‘Winged Girl/Maiden’ and ‘Veneficus Virga’ which is ‘Magic Wand’. Or according to one translation, ‘Poisonous green stick’ which almost works.

Fancy seeing you here, it’s been a while! Uh yes..so in a nut shell.. I finished my Graphic Design Diploma, flew overseas to Vietnam for 2 weeks (Crazy! Insane! Amazing! Beautiful, friendly and delicious!) then coming home I had a nice pile of freelance…

We all know what it’s like.. you discover an idea or get a new pattern then get all inspired to create something. Before you even begin you can’t stop thinking about how amazing your new item will be when it’s finished. You start thinking about who…